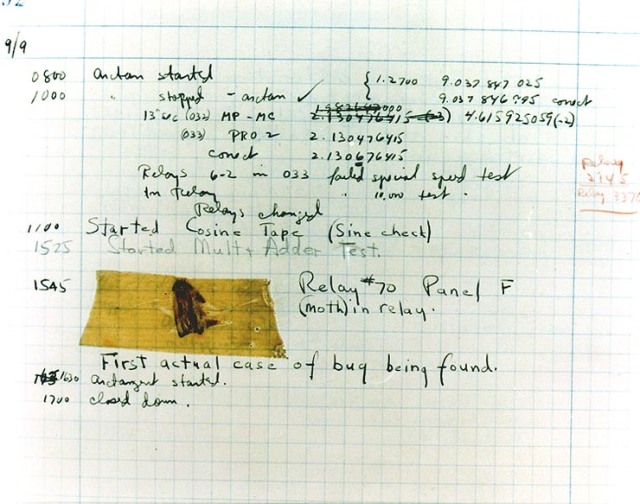 From wikipedia: While Grace Hopper was working on a Mark II Computer at a US Navy research lab in Dahlgren, Virginia in 1947, her associates discovered a moth stuck in a relay and thereby impeding operation, whereupon she remarked that they were “debugging” the system. Though the term bug had been in use for many years in engineering[42][43] to refer to small glitches and inexplicable problems, Admiral Hopper did bring the term into popularity.[44] The remains of the moth can be found in the group’s log book at the Smithsonian Institution’s National Museum of American History in Washington, D.C.[45]