For instance, the day Merlin died — in fact, mere minutes before his life passed before my eyes — I drove over to the local supermarket and bought a cardboard container of fried chicken.

Can you see where this is going?

While my wife held the crying Merlin in her arms, I prepared a dinner plate for her of a chicken breast and banana pudding. I went ahead and prepare my plate, too, so that when my wife finished eating I could hand Merlin back to her and I could eat.

I’m a sentimental old fool. I can sit here and remember so vividly as Merlin’s eyes dilated so completely I knew he was dying the moment Janeil handed him to me, as if he was taking in every last bit of the world he could just before he said goodbye.

When she held him, she looked him and said, “I think he stopped breathing.”

“Yes. He died a few seconds ago but I was too much in shock to say anything.”

“There’s a box of my scrapbooking supplies on the stove. You can use it.”

I emptied the box and placed Merlin’s stiffening body inside, placing his loose head on the lip of the box as if he was just reclining in it for a moment.

I set the box on the sofa between us and went back to get my dinner plate of potato salad, cole slaw, cowboy beans, a chicken thigh, wing and drumstick. 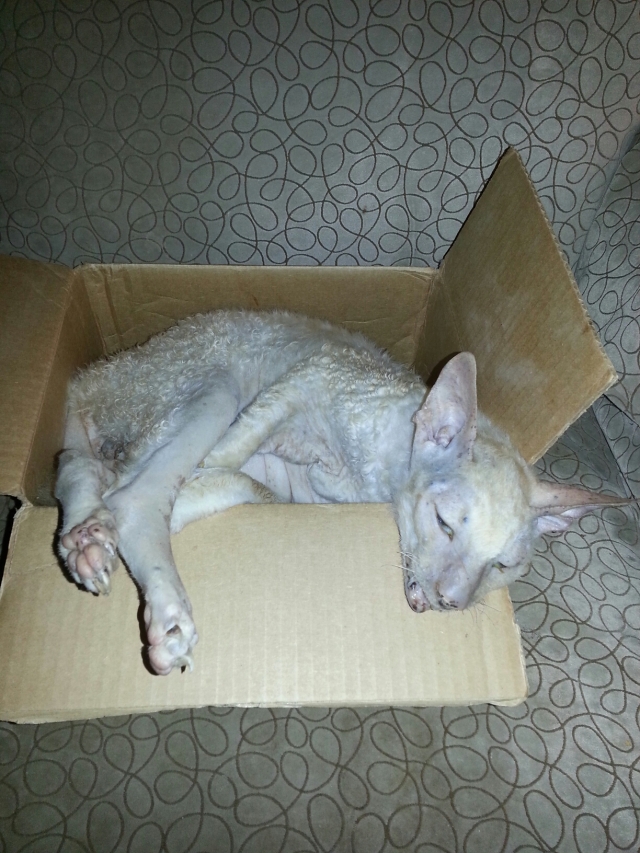 While seated on the sofa, I ate. Tears welled up in my eyes. I looked past Merlin to my wife. “I’m trying to eat and not think.”

It wasn’t just the thought of my dead buddy beside me that got to me.

It was other thoughts, too.

How much meat is left on Merlin’s bones?

No, no, I’m not supposed to think thoughts like that.

I’m not supposed to wonder if I placed Merlin’s body in the crawlspace, would unknown creatures strip his body down to the skeleton like the mice and chipmunk skeletons I’d found down there through the years?

I once made a recycled art homage to Damien Hirst using cat food boxes and cans, simulating a cat carcass cut in two. Would I dare use Merlin’s skeleton as an art exhibit?

After all, people have their favourite pets stuffed and put on display in their homes. Hunters mount the decapitated heads of their kills on walls.

Best remain still, my wandering thoughts, and finish my meal.

There’s always tomorrow. Seems like a pretty good idea to me.

After I buried Merlin that evening, I returned the next day to place rocks on his grave, arranged like a dinosaur skull…look sideways and you’ll see it. 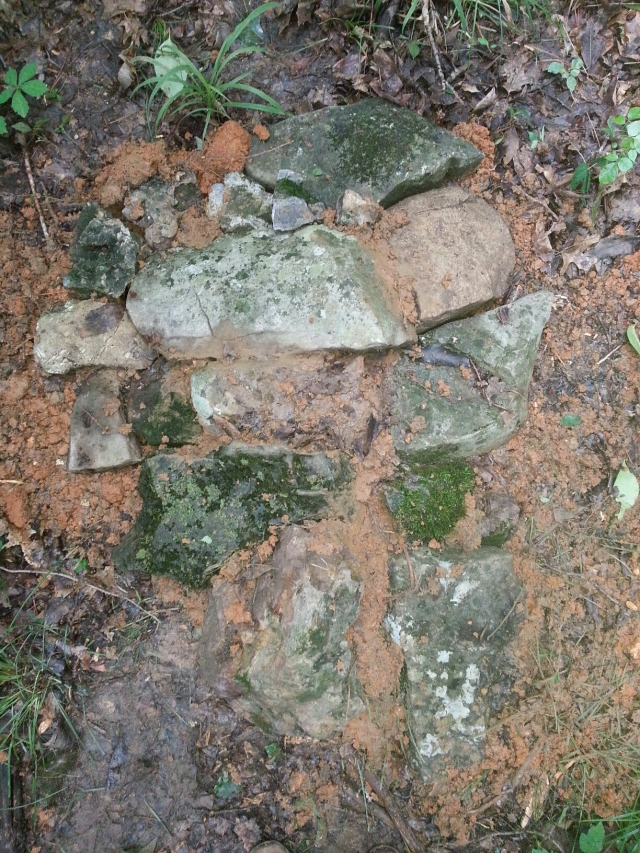