A few (many) Earth years ago, I bought a 1962 Dodge Lancer from Eddie Shimpock using profit I made from the exercise of stock options while an engineer at Conexant Systems.  Eddie had repainted the car after buying it from the original owner because the car had sat on the side of the driveway turning brown with mold/algae, ruining the factory paint. 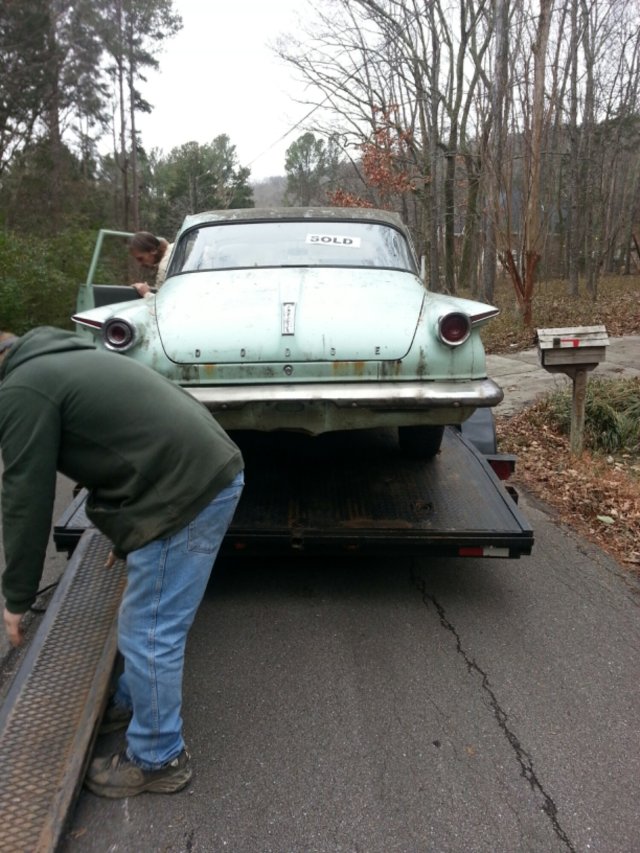 I towed the car from the Charlotte, North Carolina, area, to Big Cove, Alabama, and worked on shining it up some more.

I felt fortunate that the car pretty much had all its original parts and proudly drove it to a local AACA (Antique Automobile Club of America) event where the organisers encouraged me to enter the category for most original car of the 1960s [or something like that].

I beat out Ford Mustangs and some Chevys for first place. 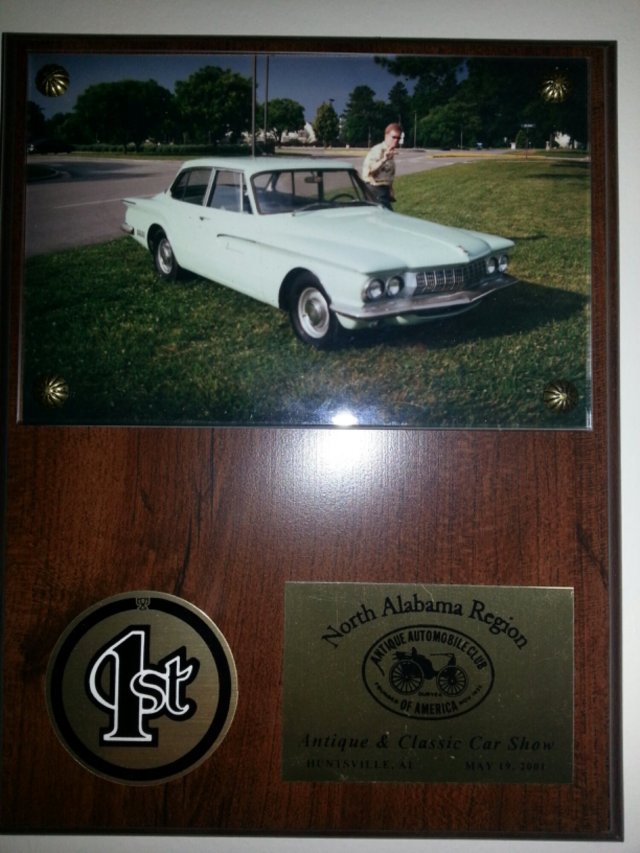 It was exciting,  let me tell you!

Well, I noticed the car overheating a bit on the trip to the show so I returned home and removed the radiator (after draining it, of course) to get to the noisy water pump.

The impeller inside the pump had rusted down to a nub.

Not having a welding shop of my own to build a new impeller and wanting to get the Dodge back on the road as soon as I could I bought an NOS (new old stock) water pump and installed it.

Sure, the dash-mounted pushbutton selector for transmission gears was a bugaboo sometimes, with the plastic “buttons” (more like odd-shaped rods) falling into the dash, requiring removal of the dashboard to find and remount them.

Otherwise it was a fun car to drive to UAH (University of Alabama Huntsville) classes and for my work commute.

One day, the car almost drifted into a busy intersection. Quick analysis showed that the brake system was not working.   I used the emergency brake to stop the car when I needed to and parked it on the side of my driveway when I got home.

Time doesn’t stand still for anything.

Sure, I meant to work on the car again.

I threw a cover over it and washed it occasionally.

I tossed the cover in the rubbish bin.

The car once again sat as a Petri dish for mold and algae.  It hosted hungry squirrels who left empty hickory nut shells piled on the engine block.  A mouse died in the floorboard.  Spiders left cobwebs behind. Poison ivy, vinca and Virginia creeper wound their way up the tires into the wheelwell.

It was time to give that metal love of mine to someone new.

Billy stopped by last summer and offered to buy the car and a truck.

I gave him a verbal agreement to sell both to him.

Six months passed by as he paid for the truck and said he’d remove it from the property, having not paid for the car.

Sadly, there will come a time in some relationships where trust is lost.

Time and again Billy said “I’ll come get the truck next week.”

Well, cry wolf too many times and trust disappears.

A few days ago a determined gentleman named Wylie stopped by, negotiated a price for the car and promised to bring cash.

He fulfilled his promise.  Not only that but he showed up with a friend and a trailer to remove the car yesterday.

The car was hard to get out of the side yard but he was able to drag it onto the driveway but not onto the trailer.

Wylie returned today with new friends, winched the car on the trailer and was about to leave when his friend Eugene offered to buy the truck.

Billy promised again to get the truck this week.  I’m sure he thinks he means to — after all I gave the title and keys to the truck to him on faith he was going to haul it away months ago.

We’ll see. I want to trust Billy.  I really do.

As I get rid of more stuff in my life to lighten the load, so to speak, giving me the courage/opportunity to travel to Mars, I make decisions that aren’t going to make everyone happy.

If Billy doesn’t get the truck this time, I can with a clear conscience say I gave him ample time to do so and seek a new buyer.

I don’t have time to be Mr. Nice Guy to people who [un]knowingly test a reasonable time limit on my patience.